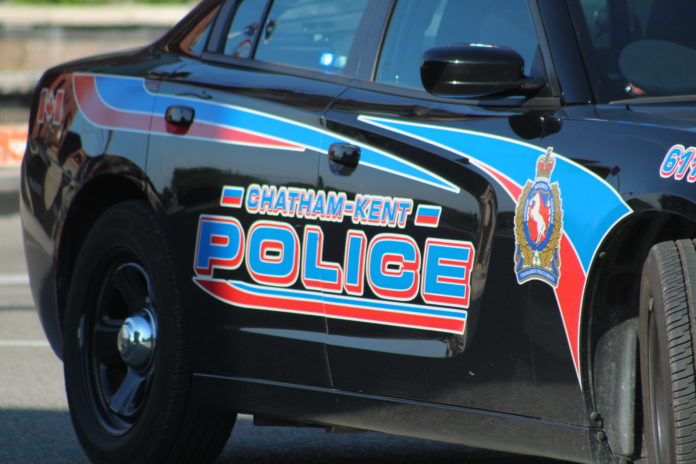 With the assistance of video surveillance, the woman responsible was identified.

A 42-year-old Chatham woman was arrested and charged with three counts of mischief under $5,000.

She was held in custody pending a bail hearing and released with a future court date of November 15, 2021.

Through investigation, the officer observed that the occupants were in possession of suspected fentanyl and methamphetamine.

The driver also falsely identified herself to the officer.

The driver, a 30-year-old woman, of no fixed address, was arrested and charged with two counts of drug possession, obstruct police and driving while under suspension.

She was released pending a future court date of November 18, 2021.

Her passenger, a 32-year-old Wallaceburg woman, was arrested and charged with drug possession.

She was released pending a future court date of November 18, 2021.

Through investigation, police learned that a verbal argument escalated into a physical altercation.

The 28-year-old woman was arrested and charged with two counts of assault.

She was released pending a future court date of November 23, 2021.

The car was unplated and valued at approximately $6,000.

Anyone with information is asked to contact Constable Andrew Craven at andrewc@chatham-kent.ca or 519-436-6600 mailbox #87306.

Thankfully, the driver was not injured.

Motorists are reminded to be more vigilant on our roads, especially during dusk and dawn, which is when most collisions with deer occur.

Being aware and taking precautions can reduce collisions, save lives and protect wildlife:

– Scan the road ahead from shoulder to shoulder for any movement.

– Use high beams at night, when possible, and watch for the glowing eyes of animals.

– If an animal is crossing the road, stop as safely as possible, in your lane.

– Remember, if one animal crosses the road, others may follow.

– Never swerve suddenly. This may cause you to lose control of your vehicle, resulting in a more serious collision.

For more information on how to reduce your chances of hitting an animal, please see https://www.ontario.ca/document/official-mto-drivers-handbook/dealing-particular-situations#section-4