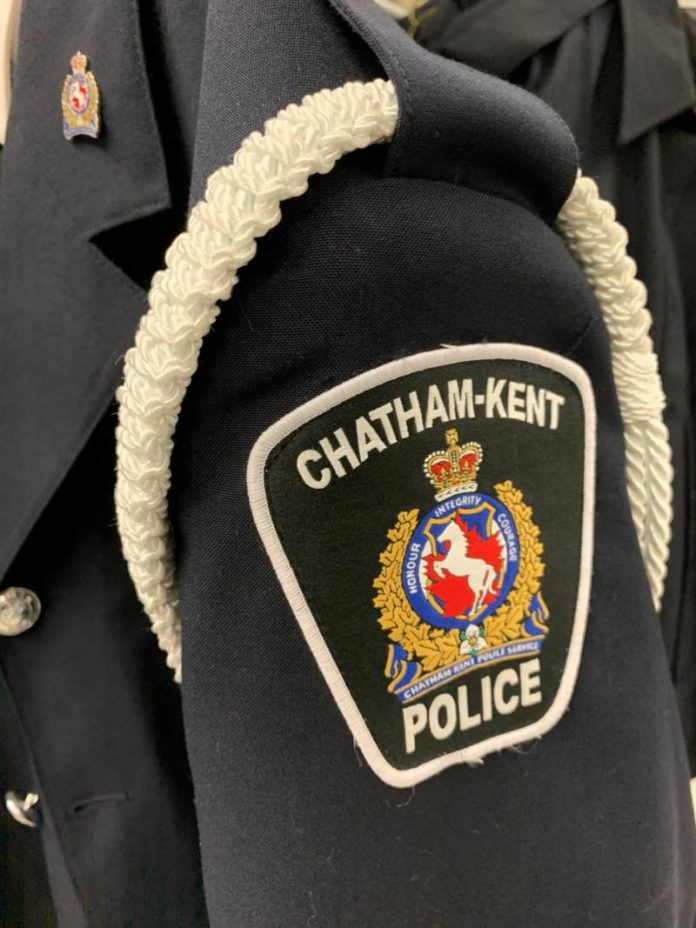 Upon arrival, police located the man and learned he was wanted on an outstanding warrant for theft, possession of stolen property, fraud and unauthorized use of a credit card.

The 32-year-old Chatham man was arrested and released with a future court date of January 9, 2022.

Man arrested on an outstanding warrant

The man pointed an airsoft pistol at the youths and demanded they throw the squirt guns in the river.

As the children left the area, the man made comments to cause harm to them if they returned.

Through investigation, the man was identified but was unable to be located.

A warrant was issued for his arrest.

The 25-year-old Chatham man was charged with assault, possession of a weapon for a dangerous purpose and four counts of uttering threats.

He was released with conditions and a future court date of December 19, 2022.

Arrests made in stolen vehicle investigation

Chatham-Kent Police Service officials allege: At 12:47 p.m., police responded to a Dove Place residence in Chatham for a stolen vehicle.

It was learned the vehicle had been taken sometime overnight.

The information was broadcasted to the police service.

At 1:48 p.m., a senior officer was driving in the Gray and Raleigh Streets area in Chatham when he observed the stolen vehicle and alerted front-line officers through the Communication Centre.

Uniform officers arrived on the scene, located the vehicle and arrested the two male occupants.

Through investigation, officers believed the driver was operating the vehicle while impaired.

Police also learned the driver had been charged with numerous Highway Traffic Act and Criminal Code offences, which resulted in multiple suspensions and prohibitions on his driver’s license.

Through a search, incident to arrest, suspected fentanyl was found him.

The passenger, a 52-year-old Chatham-Kent man, was charged with possession of the stolen property.

He was transported to police headquarters and released with conditions and a future court date of December 9, 2022.

The driver, a 28-year-old Chatham-Kent man, was charged with possession of a controlled substance, possession of the stolen property, impaired operations of a motor vehicle, three counts of operating a motor vehicle while prohibited, six offences under the Highway Traffic Act and one offence under the Compulsory Automobile Insurance Act.

He was transported to police headquarters and held pending a bail hearing.