Have you ever looked into an owl’s eyes while it is looking back into yours?

It’s a moving experience, especially with a large owl such as a snowy or great gray.

They are often associated with wisdom, darkness and death and owls held a special place in ancient cultures around the globe.

Some cultures wear owl feathers because of their guardian roles and to nail up a dead owl or its wing in Europe wards off dangers.

In early Greek religion the goddess of wisdom, ‘Athene’ was always associated with and accompanied by owls.

However you view them, they are truly unique creatures.

Locally, we have about three resident breeding owl species and one of those is extremely rare and considered an endangered species.

We also have good populations of eastern screech and great horned owls.

These two may be our most common raptors in woodlands and other places with trees and meadows.

There are a couple of other possible breeders such as long-eared and short-eared owls.

This is because of northern species that sometimes winter here although some, such as boreal, northern hawk
and great gray a long shot for our area.

Some years we have great eruptions of northern owls which come south due to tough winters, deep snow and/or lack of food availability.

Local birders look forward to eruption years, and especially when it involves snowy owls, by many measures our largest owl with a 52” wingspan and weighing 4lbs.

In recent years it is very common to see good numbers of snowy’s with birders seeing as many as a dozen or more in an afternoon tour in the right habitat (basically open fields and along roads).

Sometimes, if you stay in your car, you can get quite close to one sitting on a fence pole or building.

Young snowy’s are barred with dark grey and adults become whiter with age, nearly all white in a few years.

These owls are active during the daylight hours and can be observed flying around.

Once, my buddy Paul and I watched two snowy’s clasp their feet together and spiral in flight.

That was awesome to see.

Short-eared owls can also be observed in daylight, basically a bit before sunset flapping low over pastures and hayfields like giant moths.

I’ve come to consider that these activities bother/harass owls (especially if people keep going back) and possibly drive them from a good habitat, so I don’t lead owl prowls anymore.

Their ears are off-set so they can triangulate the location of the sound that a prey may be making.

There have long rod cells in their eyes which allows them to see excellently in the dark.

Their calls are unique too, ranging from trills, screeches, hoots, whinnies and crazy hisses.

If you ever heard a barn owl vocalize, you may be running for the hills – very eerie!

Most owl species prey on rodents, mostly mice and voles but larger owls will take squirrels and rabbits and birds including smaller owls.

I once found a pellet (which owls regurgitate to eject indigestible hair and bones) with what was probably screech owl feet in it.

I’ve also found pellets that were made up of crayfish exoskeleton.

So, if it moves and is the right size, they’ll eat it. 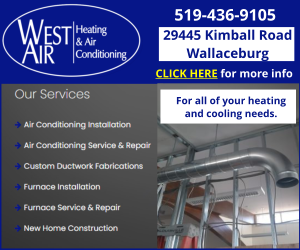